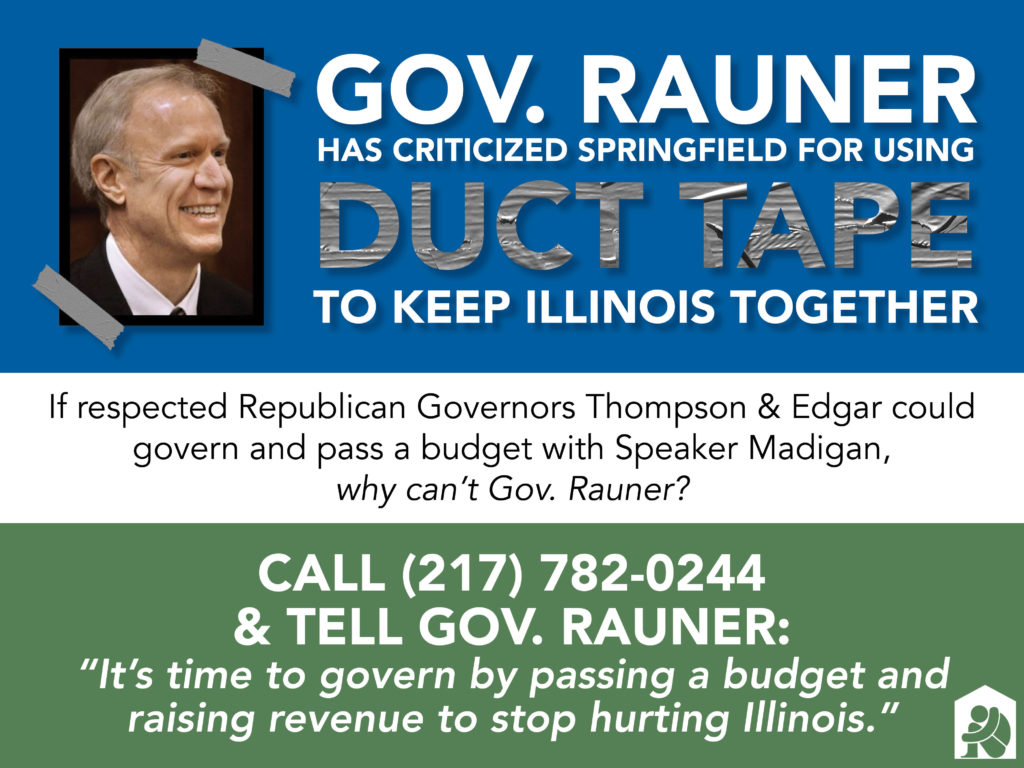 Advisory to our Monday, May 15 action – covered by WGN-TV and ABC7 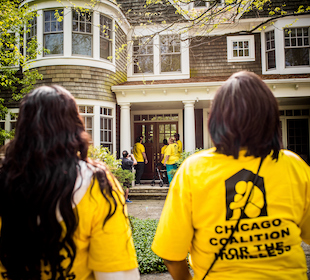 What: Meet at Gov. Bruce Rauner’s Winnetka house to demand he govern and pass a budget now

Also planned: Brief press conference prior, door-knocking with neighbors to ask their support

On May 15, homeless youth and shelter residents from Chicago, Aurora, Waukegan, and Zion held a press conference outside Gov. Bruce Rauner’s upscale Winnetka mansion – the home of a governor who self-funded an ad campaign that claims Illinois is held together by duct tape.

“Last month, Gov. Rauner aired ads knocking legislators for passing solutions that keep Illinois held together with duct tape,” said Stefano Medansky, a homeless leader from Waukegan, “Truth is, he’s forcing all of us to hold our crumbling communities together with duct tape because he won’t govern and pass a budget.”

Our message: If respected Republican governors Jim Edgar and Jim Thompson could govern and pass state budgets with Speaker Mike Madigan, why can’t Gov. Rauner get the job done for the people of Illinois?

Working with the Chicago Coalition for the Homeless, youth and shelter residents will present hundreds of signed postcards urging our “Duct Tape Governor” to stop holding up the budget process. Teams of youth and shelter residents will canvass the governor’s neighbors, asking them to sign a postcard or call the governor’s Springfield office to tell him to pass a state budget.

Illinois has not enacted a state budget for 23 months, jeopardizing vital social services, public universities and schools across the state. Ninety percent of homeless service providers have been forced to cut clients, services and staff. More than 1 million people have lost access to critical social services, per a study by the Responsible Budget Coalition.