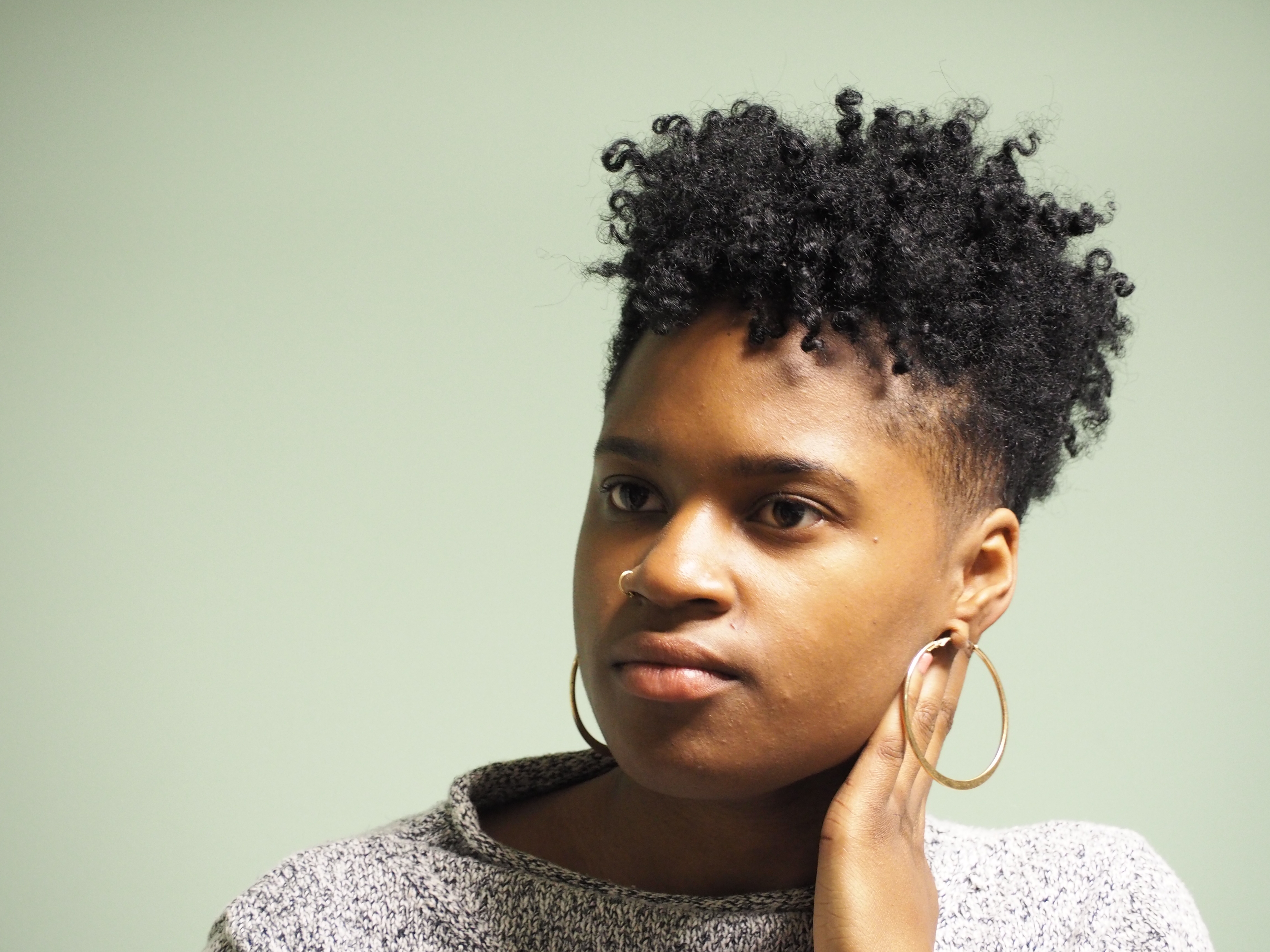 Four years after graduating, Jayme Robinson is back at Schurz High School, helping students who are homeless like she was.

Jayme, 22, works for the Chicago Coalition for the Homeless as an AmeriCorps VISTA organizer. One of her projects is to mentor homeless students, including teens at her alma mater on the Northwest Side. Along with group meetings, Jayme talks one-on-one with teens about their lives and plans for the future.

“It’s difficult. I want to support them academically and socially,” said Jayme, “but how do you tell a 16-year-old with two jobs – who’s on his own – to stop working so many hours and do your homework?”

Jayme knows how tough it can be. At the beginning of her senior year at Schurz, her mother threw her out of the house. She had read Jayme’s cell phone texts, learning Jayme questioned her sexuality. Her mother told Jayme to meet her after school at a busy street corner. She startled Jayme with screaming accusations, grabbed her daughter’s wallet and drove off, leaving Jayme with a bus card and small bag of clothes.

Jayme phoned an elderly relative, who took her in. But upset and uncertain what to do as the weeks went by, Jayme sought help from her teachers and school counselor. The staff was supportive and the school provided basic supplies, including bus cards given to homeless students to get to and from school.

Always a strong student, Jayme spent hours in the Schurz computer lab, applying to colleges and for scholarships.

“I just remember how excited I was when I got the scholarship from the Chicago Coalition for the Homeless. I was in bio class and I got the email. I jumped up in class and I screamed because I knew what it would do for me – it would allow me to go to college.”

Jayme studied sociology at the University of Illinois at Chicago, working part-time so that she could live in a college dorm year-round. As a sophomore, she started working with the coalition’s Speakers Bureau, which educates school groups and audiences throughout the Chicago area.

“Speakers Bureau was a way for me to heal – being able to talk about my story, my background, my identities, and not feel like it was something to be ashamed of being a homeless LGBT youth,” she recalled.

Jayme also volunteered on the coalition’s Education Committee, which was asking the Chicago Public Schools to replace its outdated homeless education policy. It took 18 months to secure a new policy that protects homeless students, including the right to continue receiving transportation assistance. Jayme met with the mayor’s policy chief and testified at a CPS Board meeting.

“I was impressed that they listened, that we had the power to make change, that we were a force and they had no choice but to listen to us,” she said.

Before graduating from UIC in May, Jayme was invited to become the coalition’s new VISTA organizer. Along with mentoring homeless students, she manages the Speakers Bureau.

She loves the work.

“In a lot of the youth, I see myself,” said Jayme. “They’re trying to balance life and school. And where possible I engage them in advocacy, so they can see they’re worthy and can be what they want to be.”

Your help makes this work possible.

Please consider a tax-deductible donation to the Chicago Coalition for the Homeless.

Chicago Coalition for the Homeless helps students in need

Chicago Public Schools enrolled 18,831 homeless students last school year. They included 2,396 teens who were homeless and living on their own without a parent or guardian.

Our five legal aid attorneys help homeless students and youth with civil legal needs, including access to health care. These young clients reflected 93% of the 495 cases that we closed in 2015-16.

To assist and showcase homeless students, we award $2,500 renewable college scholarships, funded by donations and grants to the program. Thirty-nine percent of eligible students have earned a bachelor’s degree, far exceeding a national average of 9% shown in a Pell Institute study of students from low income backgrounds.